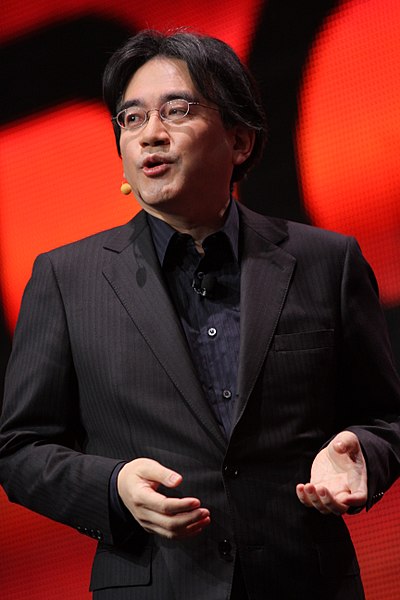 When E3 comes round in June every year, talk turns to who will give the best presentation and win fans over. This year however, there was no clear winner or loser, with each company smashing their presentations. All 3 companies made their presentations mainly about the games. They finally listened to gaming fans that were fed up of having companies going on about things you could do aside from play games on your console, instead of talk about new upcoming titles. Whilst most gamers have welcomed additions such as Netflix, E3 has been lacking behind in impressive announcements; this year was different.

The first of the big 3 to show off their stuff was Microsoft. Opening their presentation with a 15 minute trailer for the new Halo game was enough to get any Microsoft fan boy hooked. A couple of game announcements later and Microsoft then revealed some good news; backwards compatibility with your Xbox 360 games! Although backwards compatibility is a great move forwards, some will say it’s too little too late as the Xbox One has been out since 2013. A snazzy new controller was also revealed, before Bethesda turned up and talked about the already announced Fallout 4. A few EA games later and a pretty looking Dark Souls 3 trailer was shown, as well as a game called Ion that not much is yet known about. Some ‘coming to Xbox first’ games were next, including Tacoma and the new Tomb Raider, demonstrating that Xbox was lacking in exclusive only titles. Towards the end, however, a handful of exclusives were announced, including the expected Gears of War and Fable Legends, a new game from Rare, as well as ‘Rare Replay’, a collection of 30 remastered games by the company from times gone by. Another Microsoft gem that stole the show was the augmented reality device named Microsoft Hololens. Minecraft was used to demonstrate how you could incorporate holograms into your game, creating the Minecraft world on any surface; more details on this are to be announced, but what was shown so far was definitely impressive.

Sony’s conference was up next and it blew everyone away by starting with a game that people thought had been long-lost; The Last Guardian. The Last Guardian is a game that has been in development since 2007, so fans had lost faith that it was ever going to come out. One stunning trailer later, and it has been confirmed for a 2016 release date. Another game that looked very interesting was Horizon. There is more to be confirmed about the game, but with dinosaurs and robots, it seems to have a winning combination. A few more games such as Hitman and Street Fighter V were shown off, before Sony pulled out the big guns; a Final Fantasy VII remake and Shenmue III. The prospect of a Final Fantasy remake had the crowd and the gamers at home going mental with excitement. Just when Sony fans thought they couldn’t top that, Yu Suzuki stepped on stage to announce a Kickstarter campaign for Shenmue III; the idea of this was so popular, it raised $2 million in 9 hours! Project Morpheus was mentioned briefly, but Sony were still not giving too much away.

Finally Nintendo, who instead of doing a press conference, once again opted for a Nintendo Direct presentation. It has long been thought that Nintendo can’t compete against the other big names anymore, but they don’t intend to; their games target a different demographic and they have always had a big focus on their hand-held consoles. The ever humorous Nintendo announced their 1st title by transforming puppets of the Nintendo directors into characters from the new Starfox game for the Wii U. A release date for Yoshi’s Wooly World was announced, and the story behind it described. A new Paper Mario game was also presented. There was a big focus on 3DS games, with Hyrule Warriors getting re-released on the 3DS, and the new Metroid and Zelda games also coming out on the 3DS; the emphasis of these seemed to be Nintendo trying to push the multiplayer options on the 3DS. The Zelda Triforce Heroes game looked like a lot of fun, and had a similar style to the popular Link Between Worlds. The main highlight of the Nintendo presentation (apart from the dancing puppets) was the multiple clips of Super Mario Maker. The game allows you to make your own levels from the Mario series; this is an exciting prospect for anyone that grew up with Mario and the rest of the Nintendo games. A lot of Nintendo fans were disappointed by the Nintendo Direct presentation due to a lack of content, but nowadays Nintendo announce things throughout the year rather than leaving it all to E3, so I am sure there will be much more to come from Nintendo soon. The lack of the new Wii U Zelda game was a big upset, but at the same time I understand that they want to make it as great as possible for Nintendo fans before showcasing it, and if there is one thing Nintendo does right it is a Zelda game.

All in all, this year’s E3 has been a lot better than expected, and has left a lot of gamers happy and content that console gaming is still going strong! There were lots of exciting new prospects to look forward to, with a mixture of some brand new great looking games as well as fans being pleased by the prospects of older games getting remade; 2016 is definitely a year that console gamers should look forward to.